In an interview this morning, Hillary claimed that she was the most transparent person in American history:

"I have gone further than anybody that I'm aware of in American history," Clinton said of the release of her emails. "Now it's not a long history since we haven't had emails that long--as long as we've had them, I've gone longer and farther to be as transparent as possible. Nobody else has done that."

I have finally found something about her that I agree with! Actually, she is being uncharacteristically humble in her analysis of herself. She is not merely transparent, in fact she is invisible!

Before you stop reading and complain that I am being: racist, sexist, anti-invisible, or part of a vast right wing conspiracy (which is actually invisible too), I have PROOF!

Hillary is the master of the linoleum speech.

What is a linoleum speech you may ask? Since the term has never been used before, I will define it for you. A linoleum speech is a speech where the speaker has the floor and the audience sees the floor. There are numerous pictures to prove it! 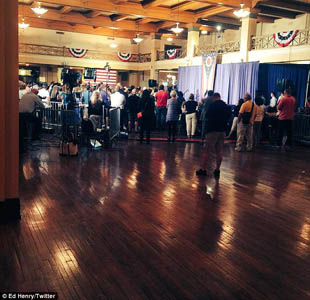 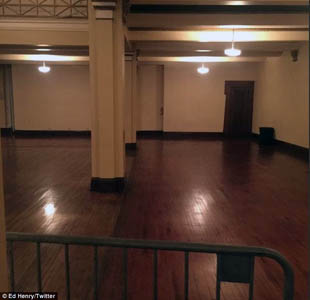 It takes years to perfect a linoleum speech, but Hillary has been practicing for years, starting with empty seats and empty overflow areas: 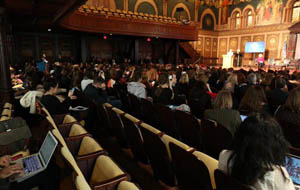 Balcony and seats packed with transparent people at Hillary speech given at Georgetown University in 2014. 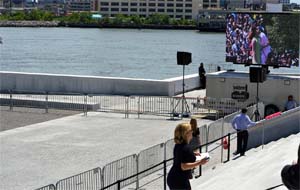 With the Empress’s New Clothes, she could disappear in plain sight. As an aside, the invisibility cloak would be a great improvement over her Chinese inspired Emperor Mao prison garb. But if she is going to re-clothe herself in new cloth that we, the stupid and unfit for office, are unable to see, I prefer to shut my eyes until her inevitable total invisibility act.

Meanwhile, I must return to complete my soon to be released novelette:

It is a rewrite of the famous "Emperor's New Clothers" by Hans Christian Anderson updated for modern tales of being unfit for office and stupidity. He also wrote “The Ugly Duckling,” but that is a different story for a different party. 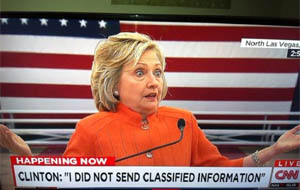